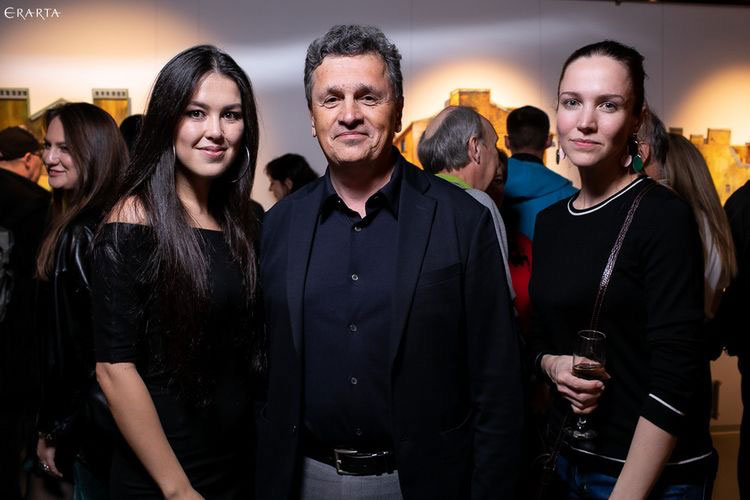 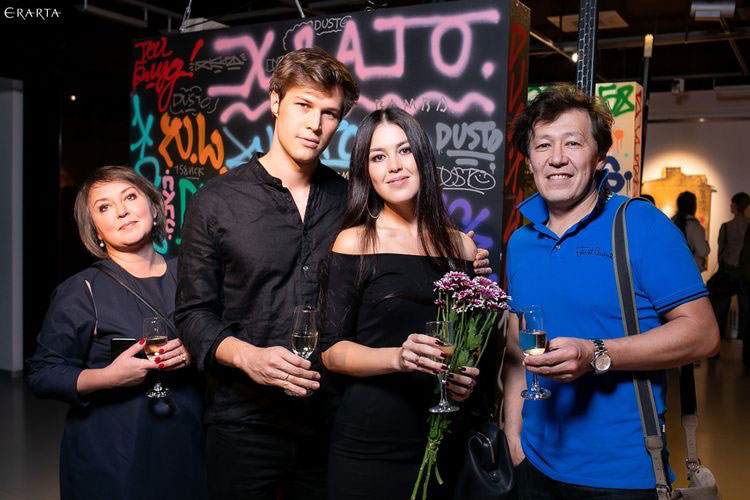 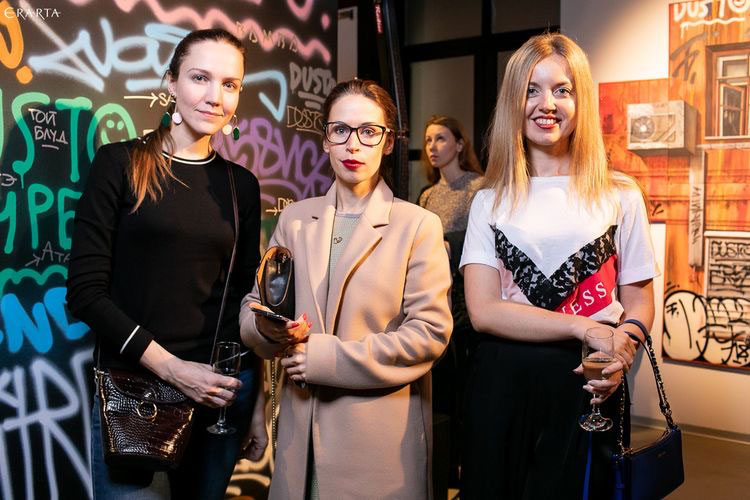 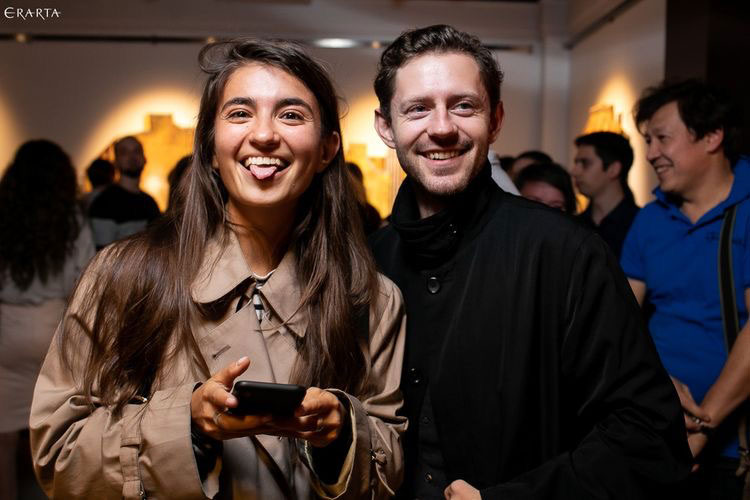 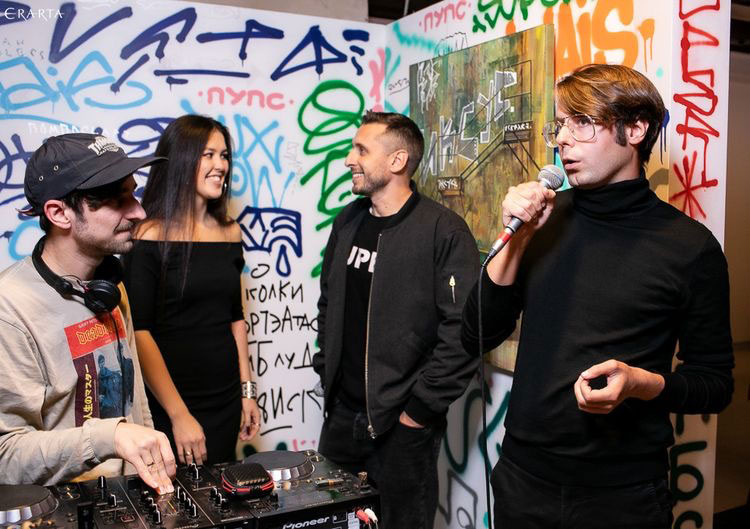 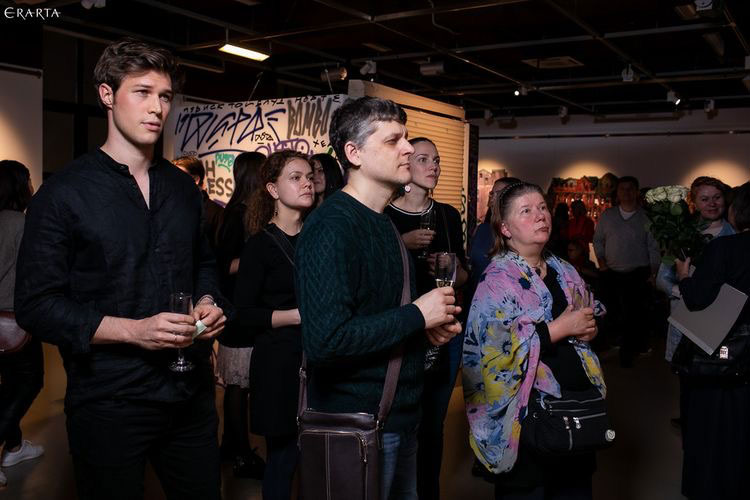 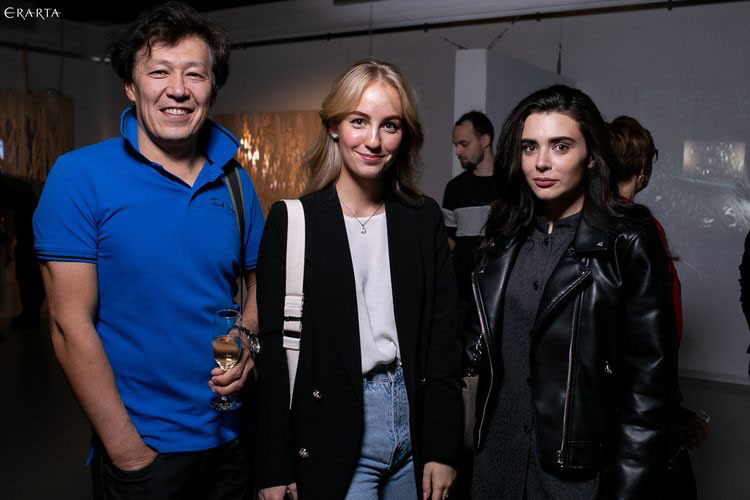 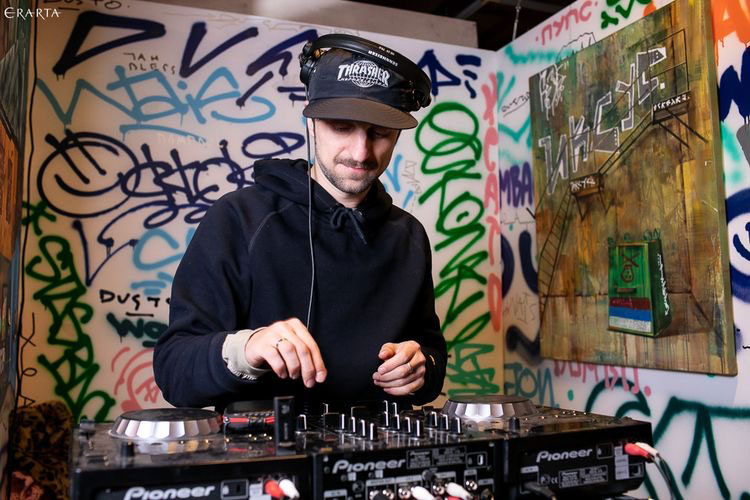 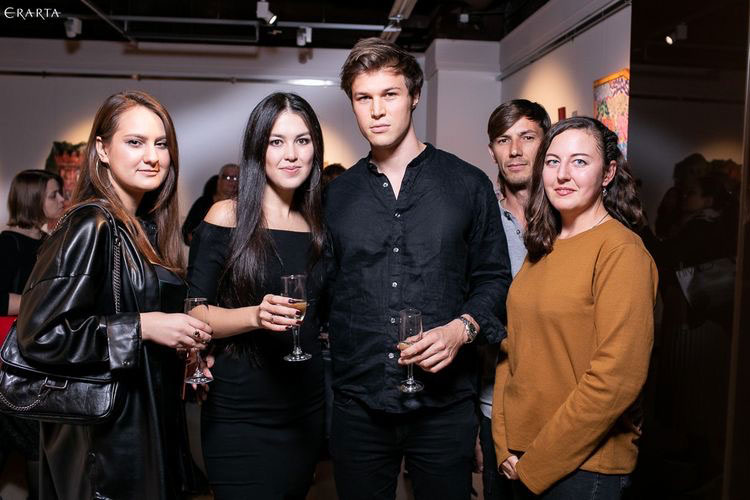 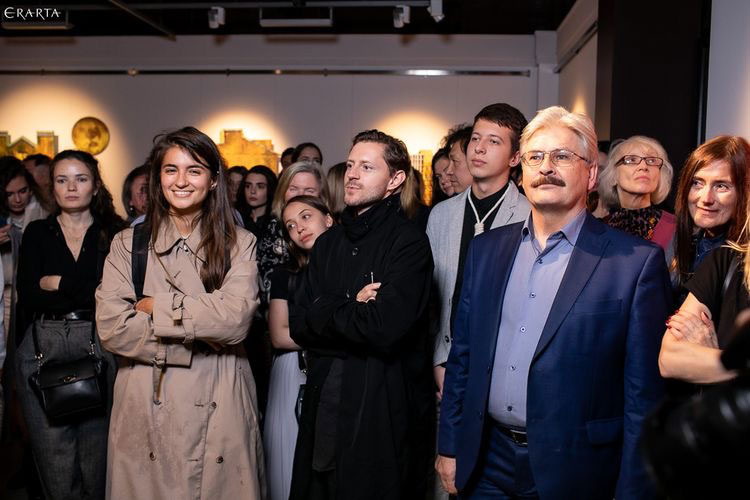 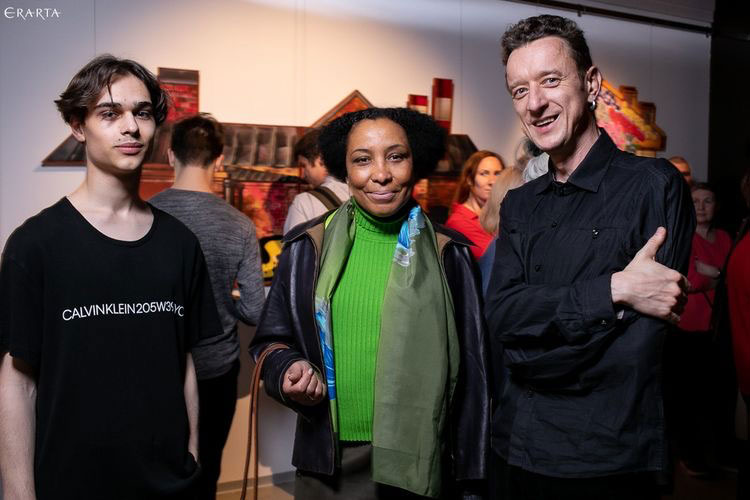 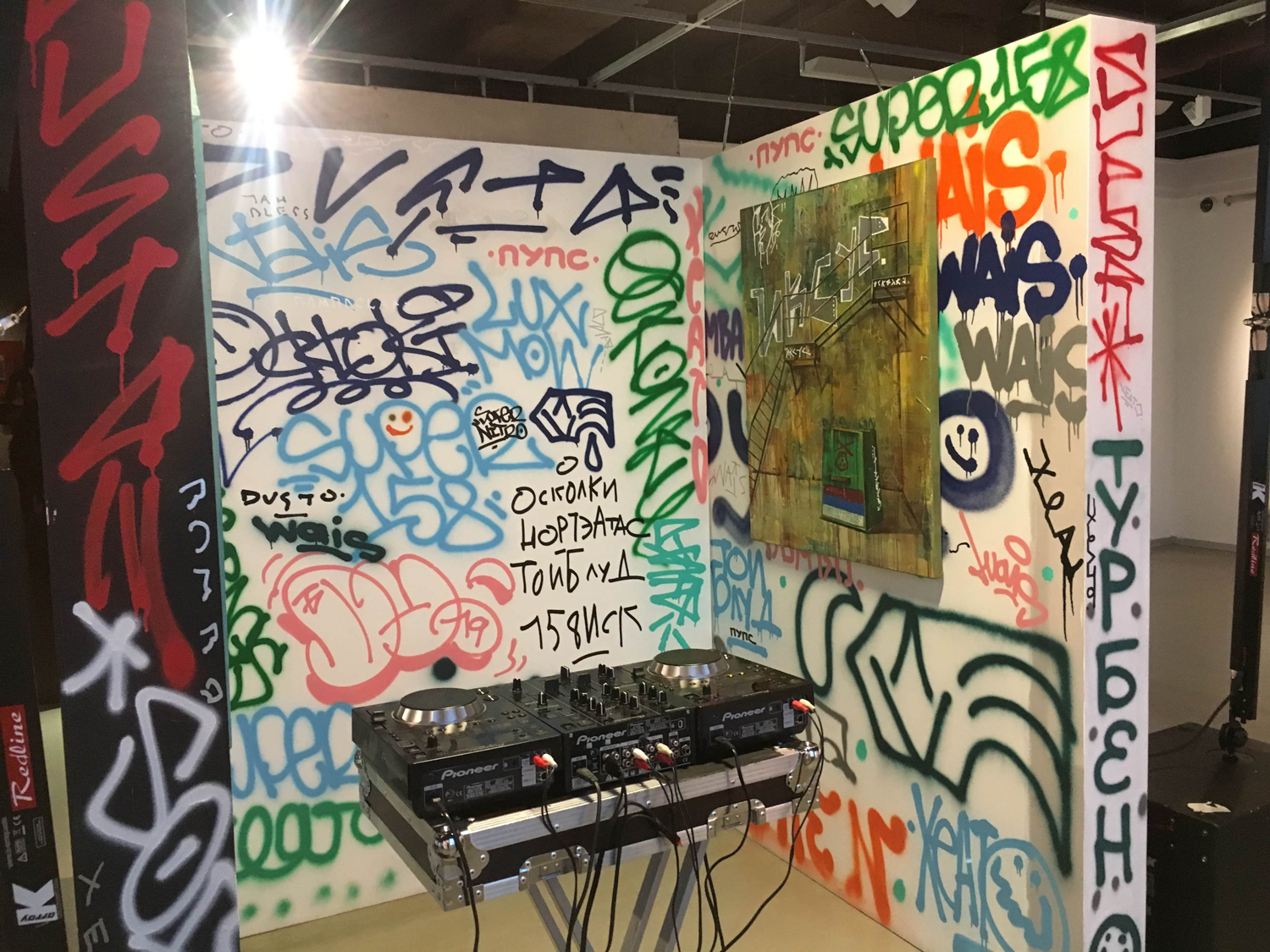 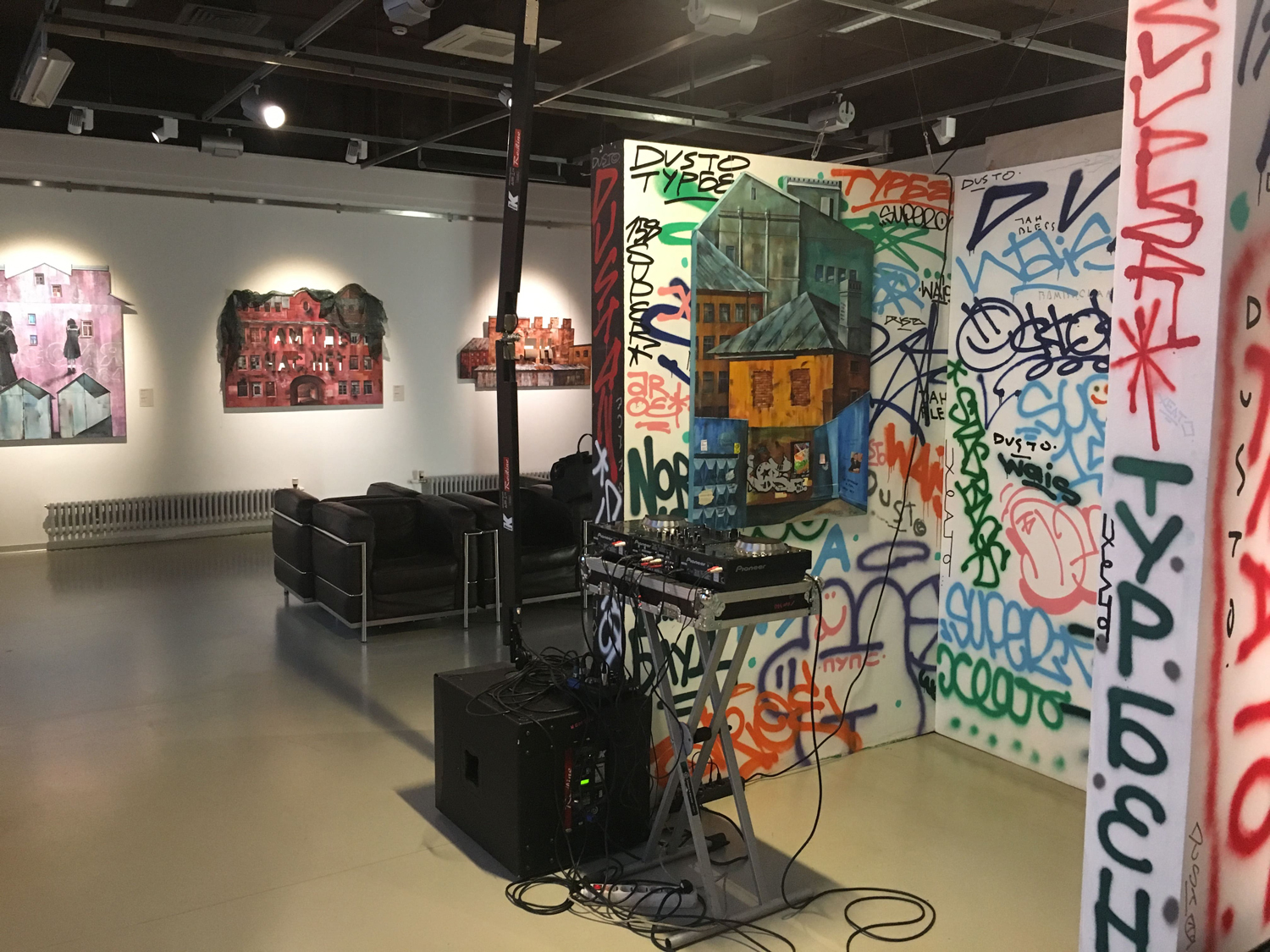 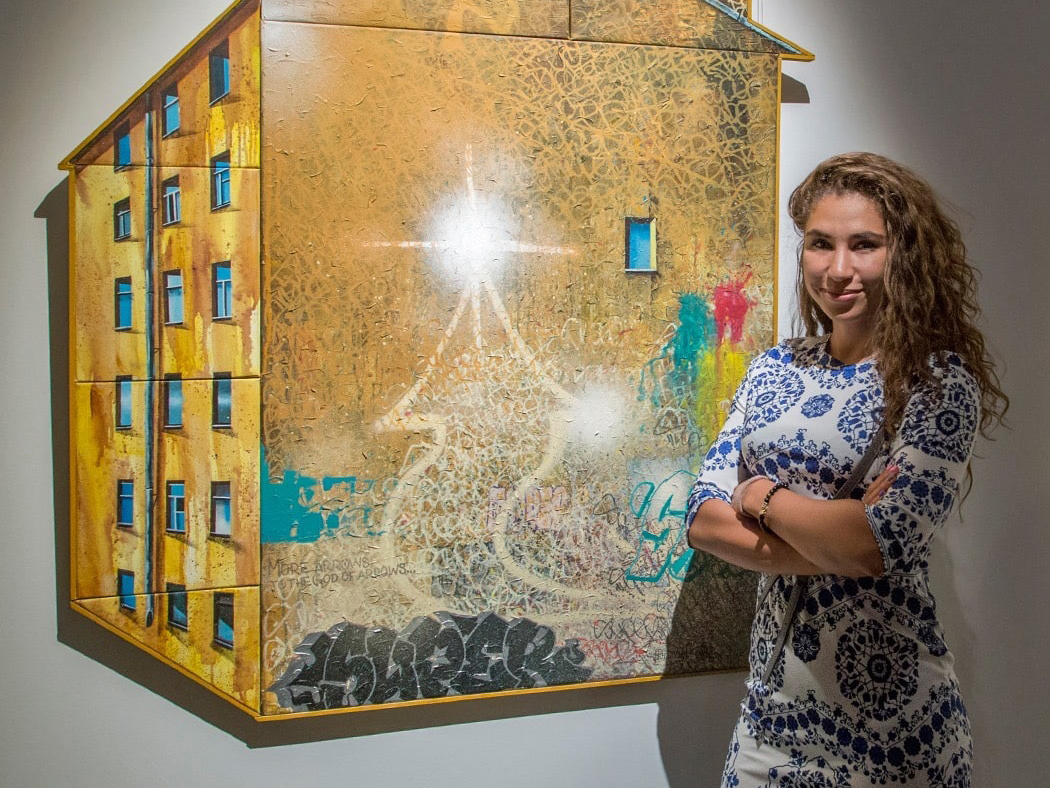 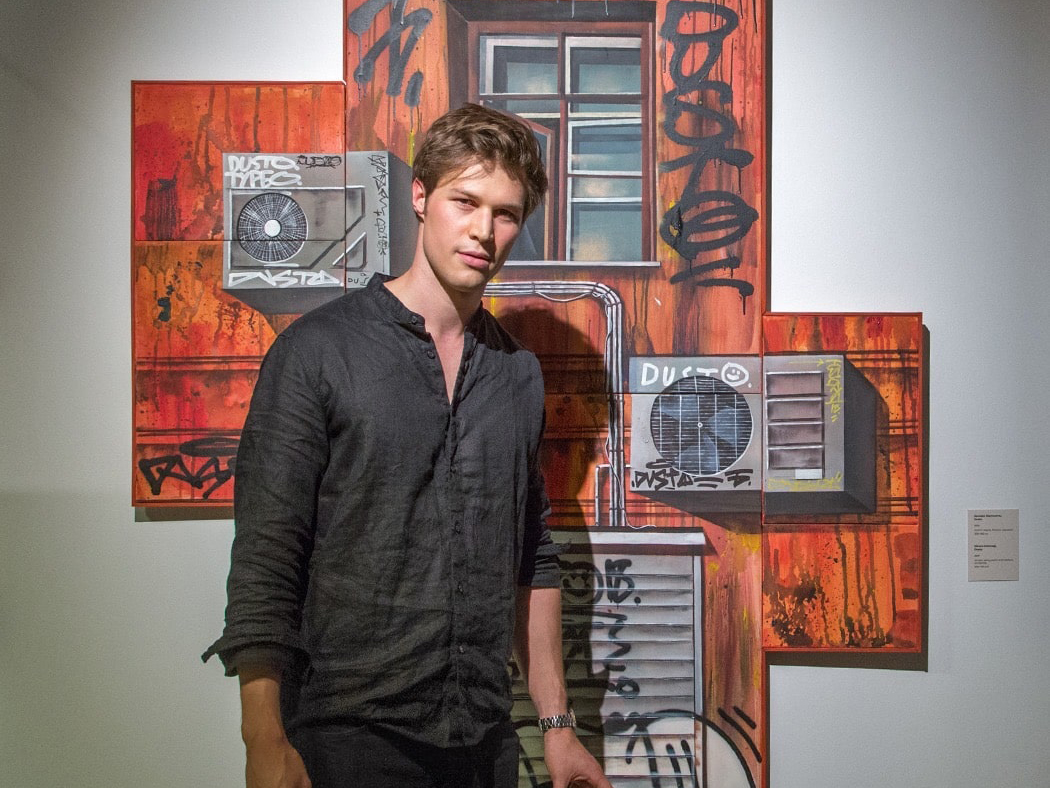 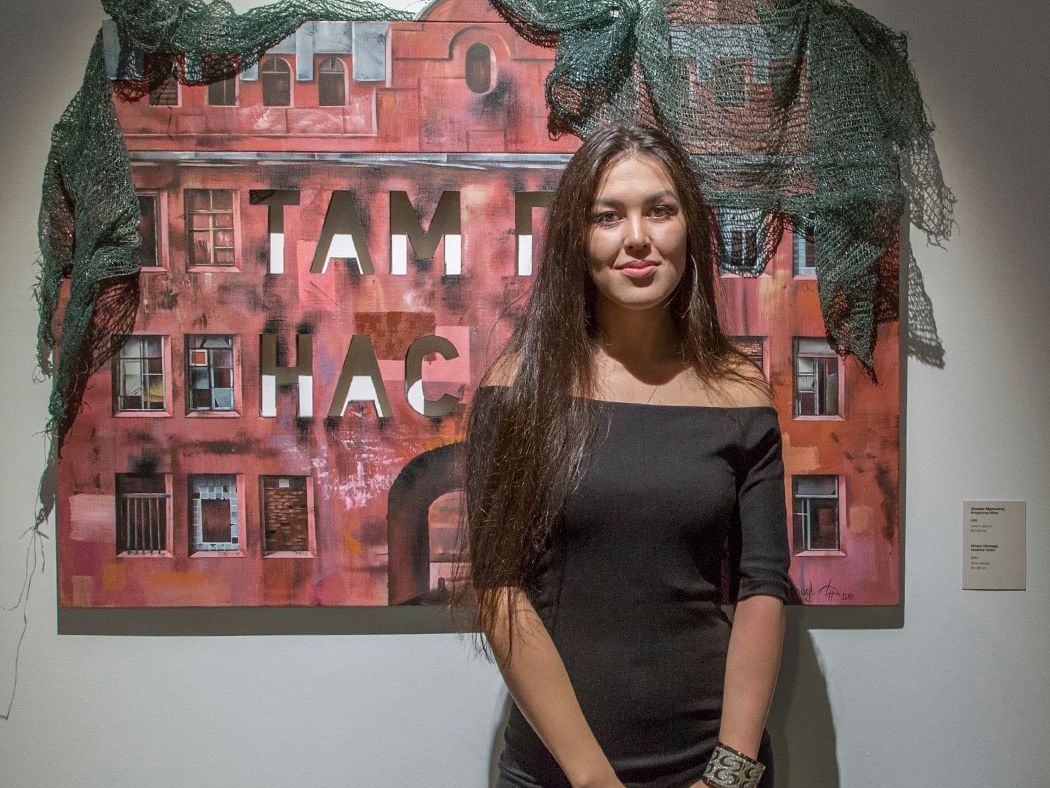 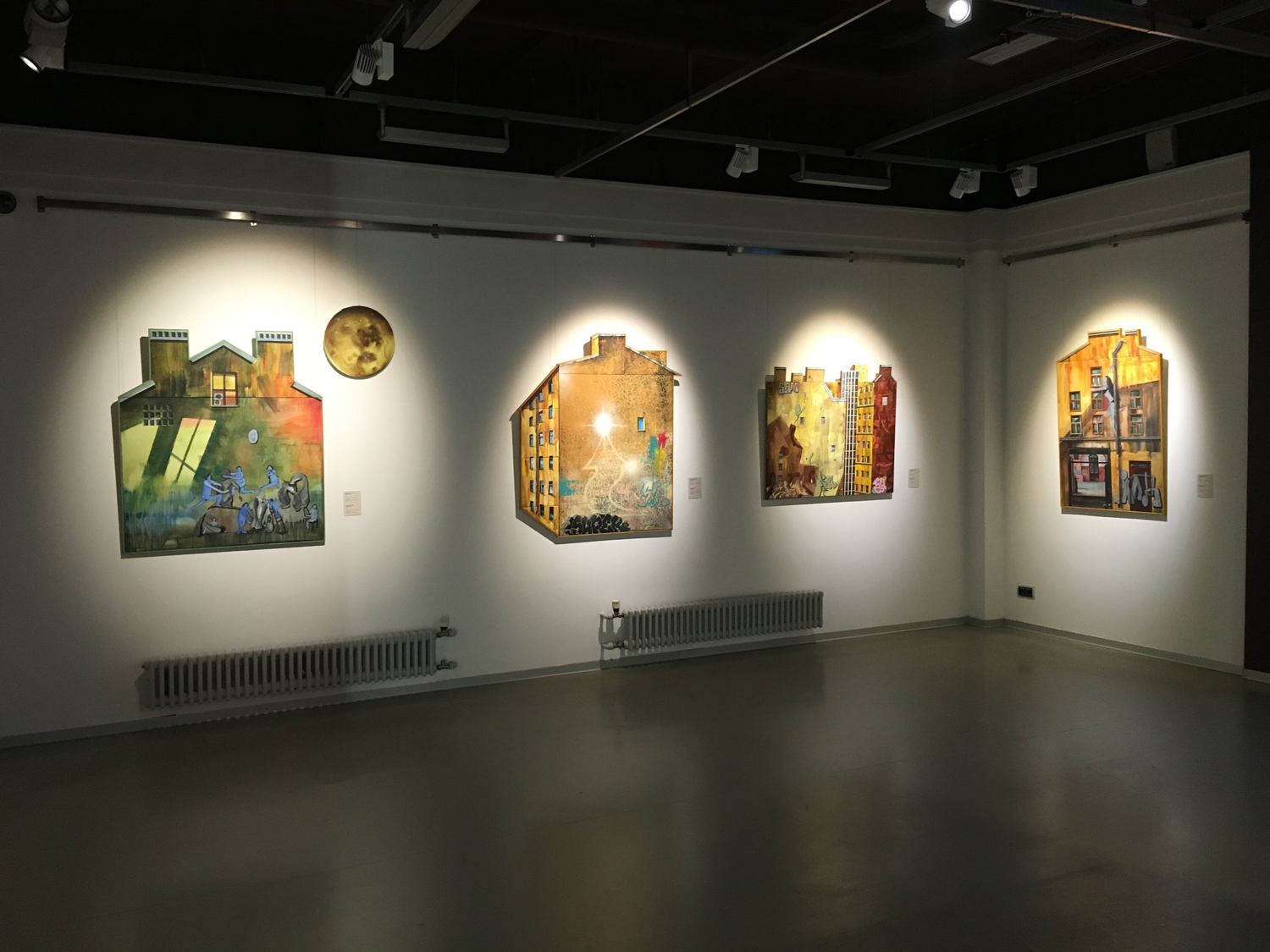 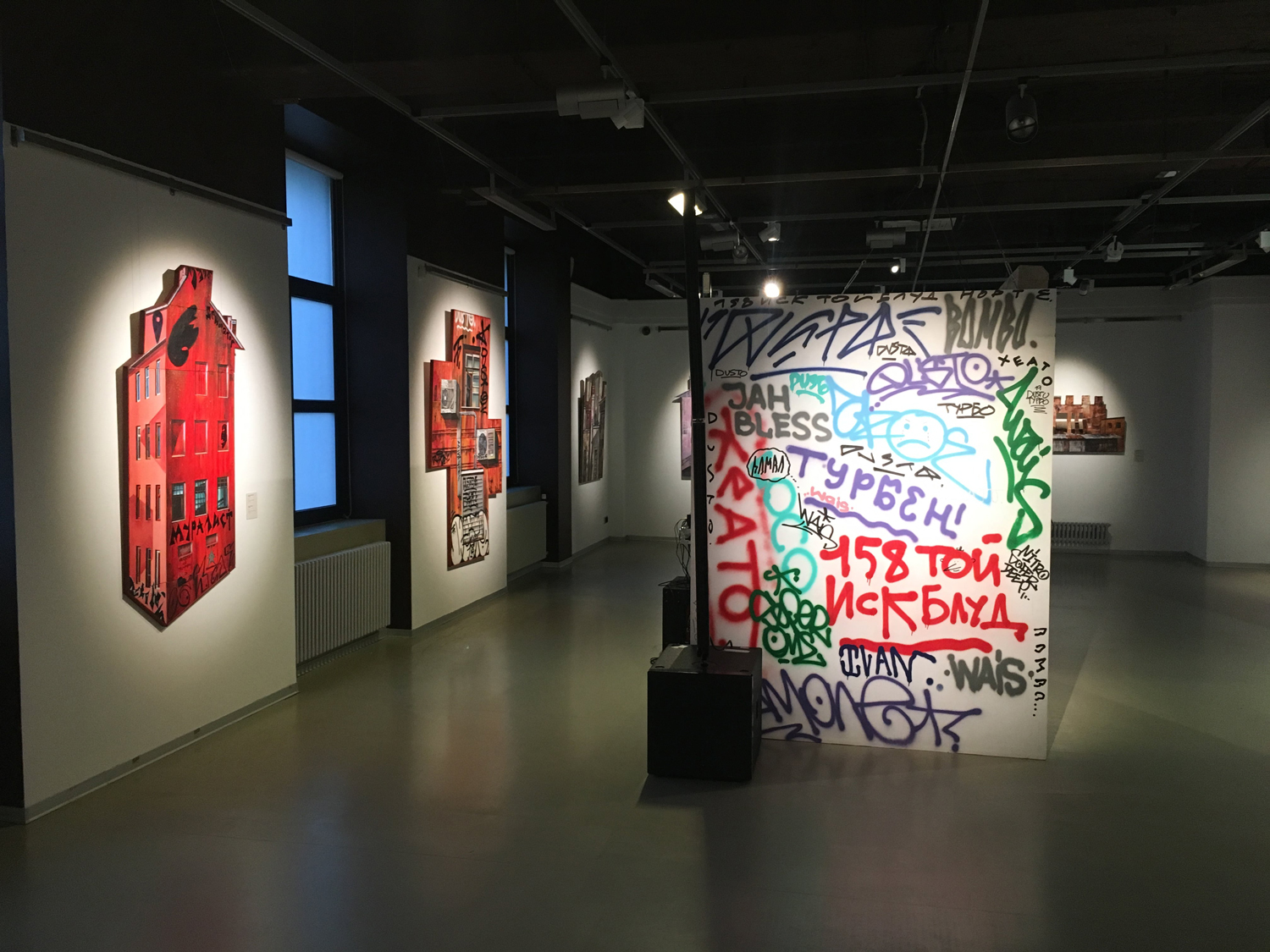 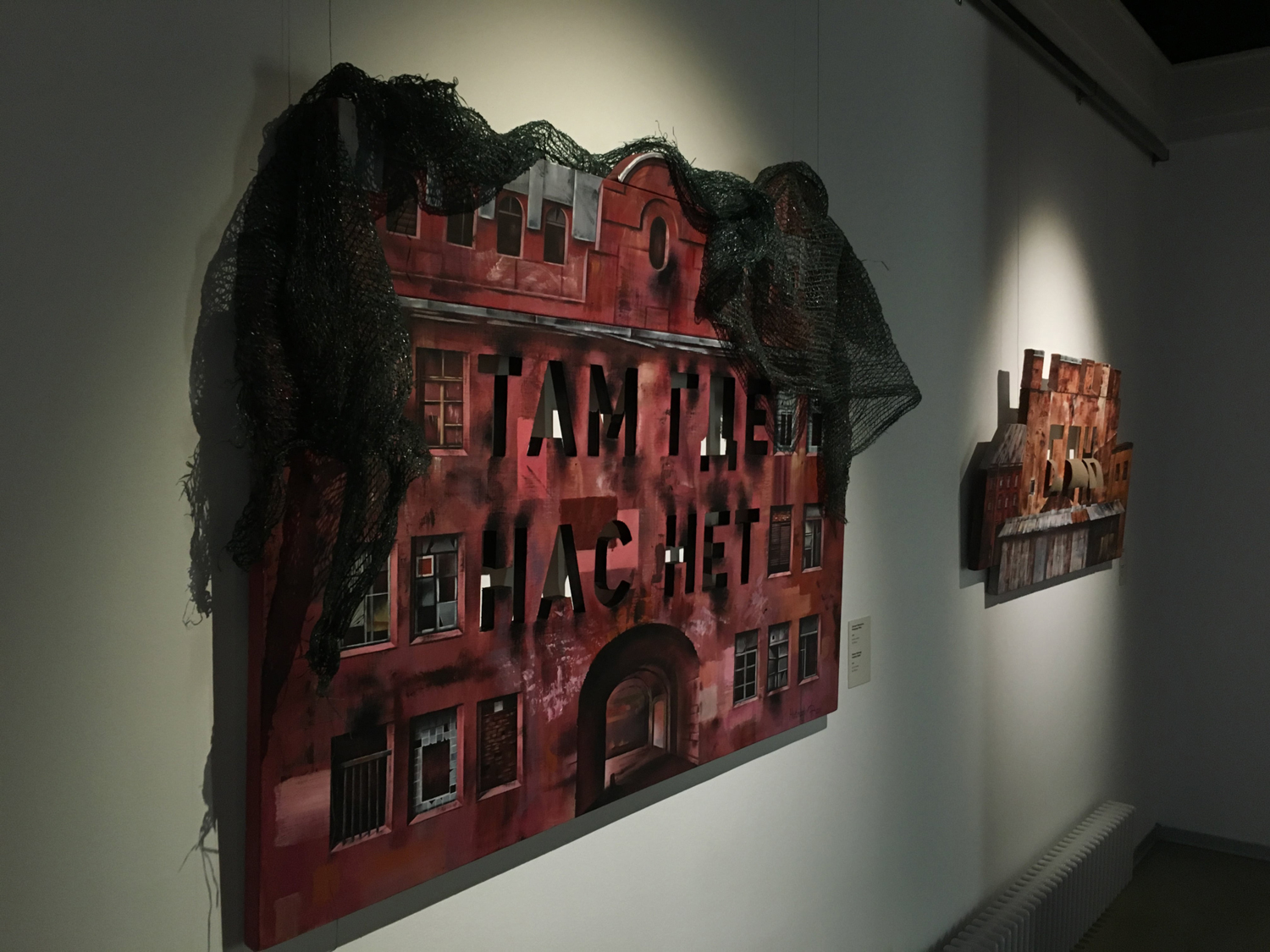 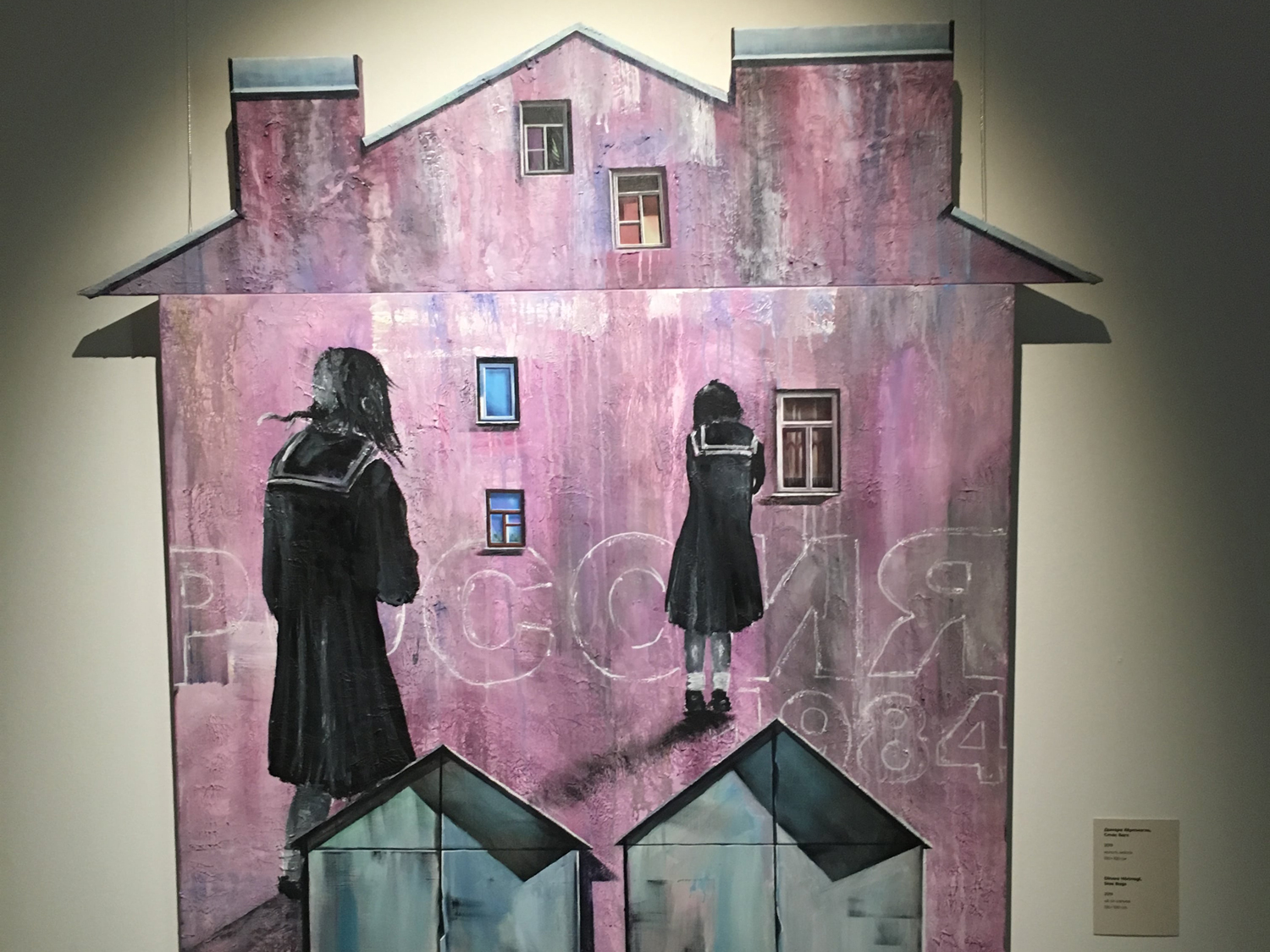 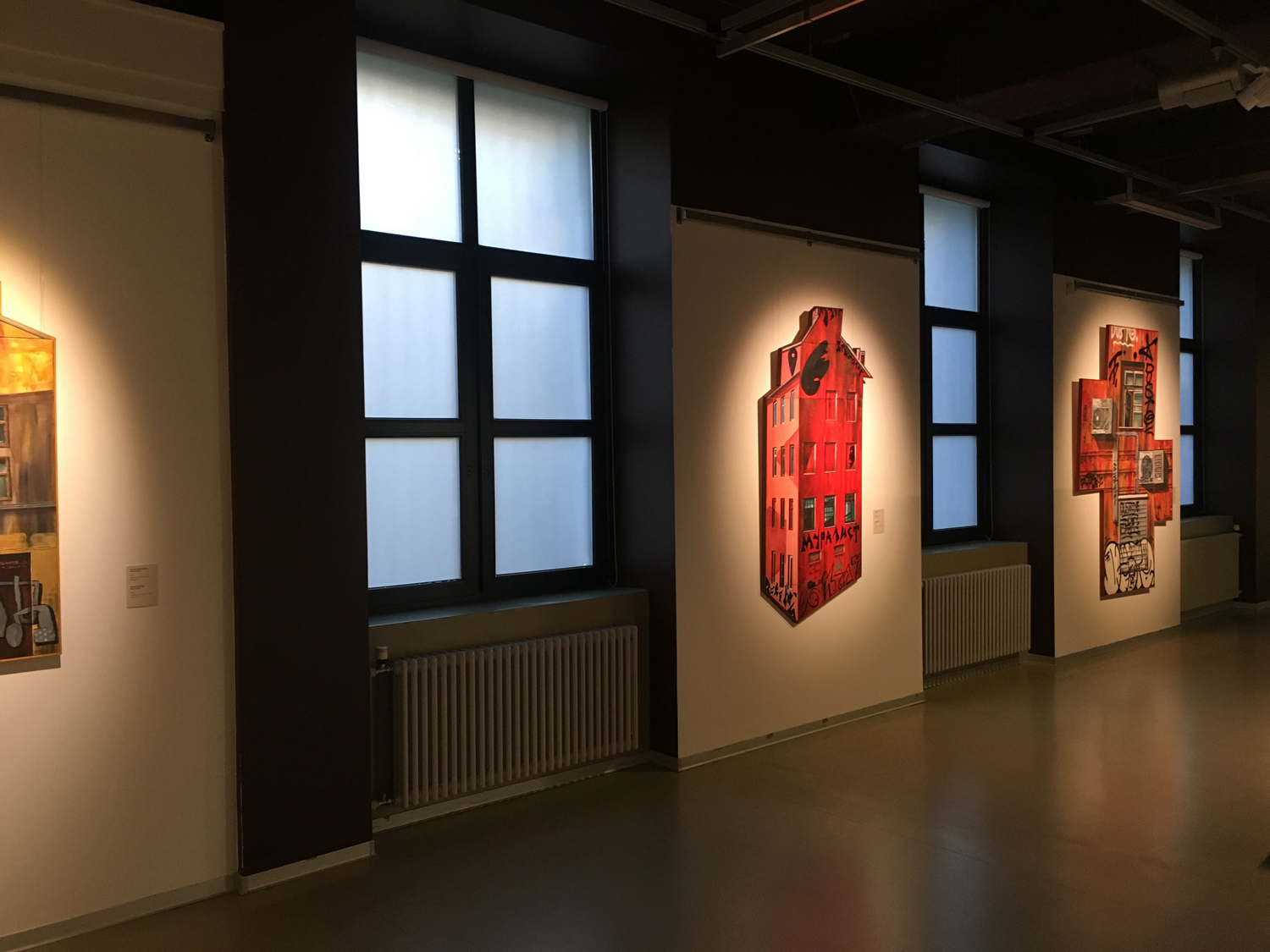 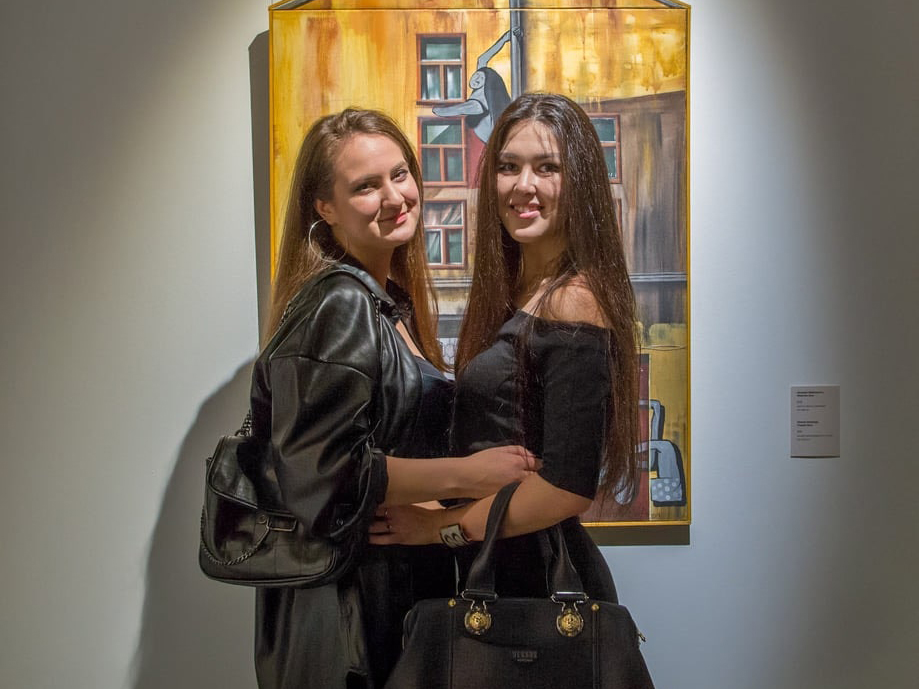 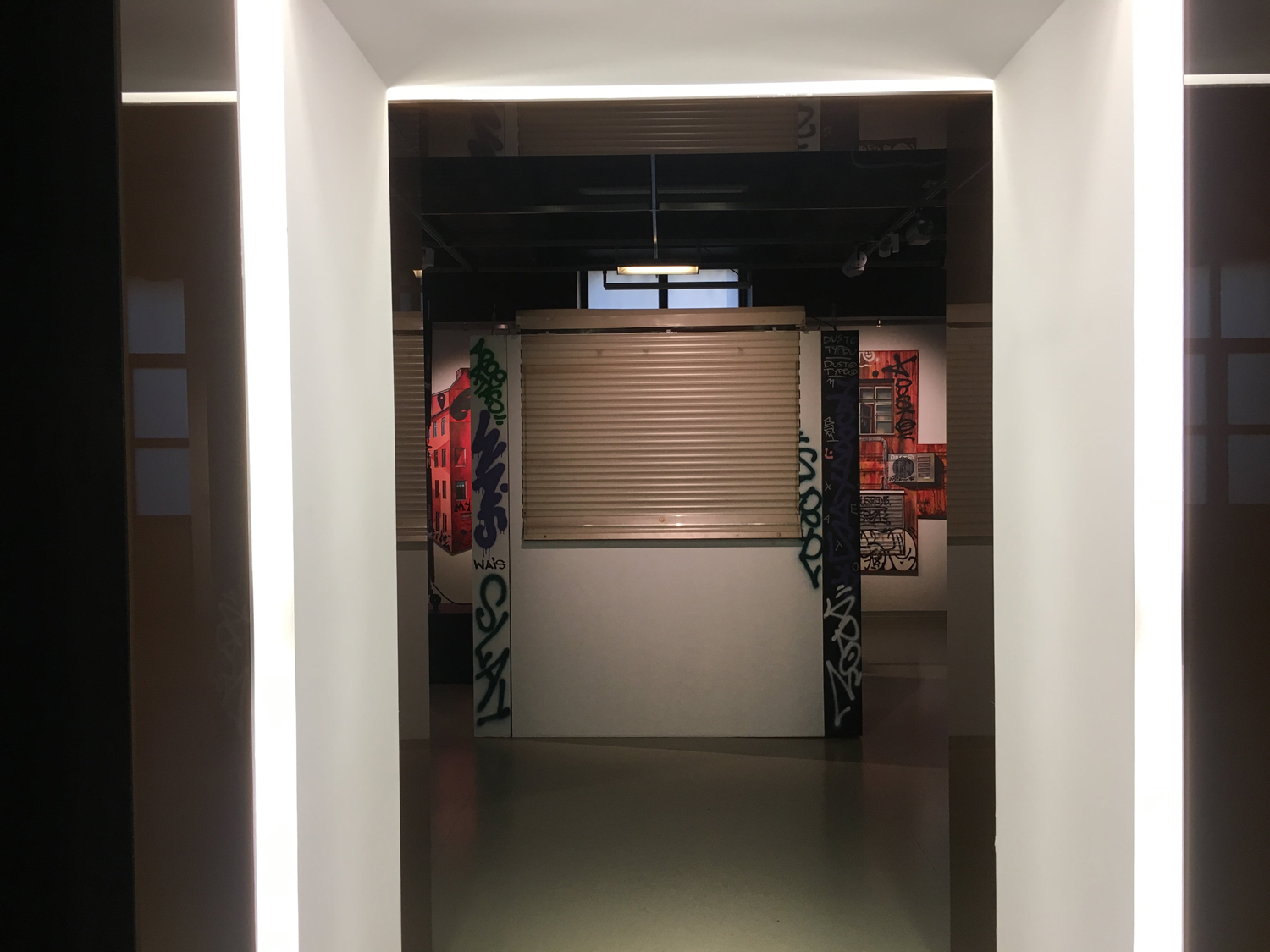 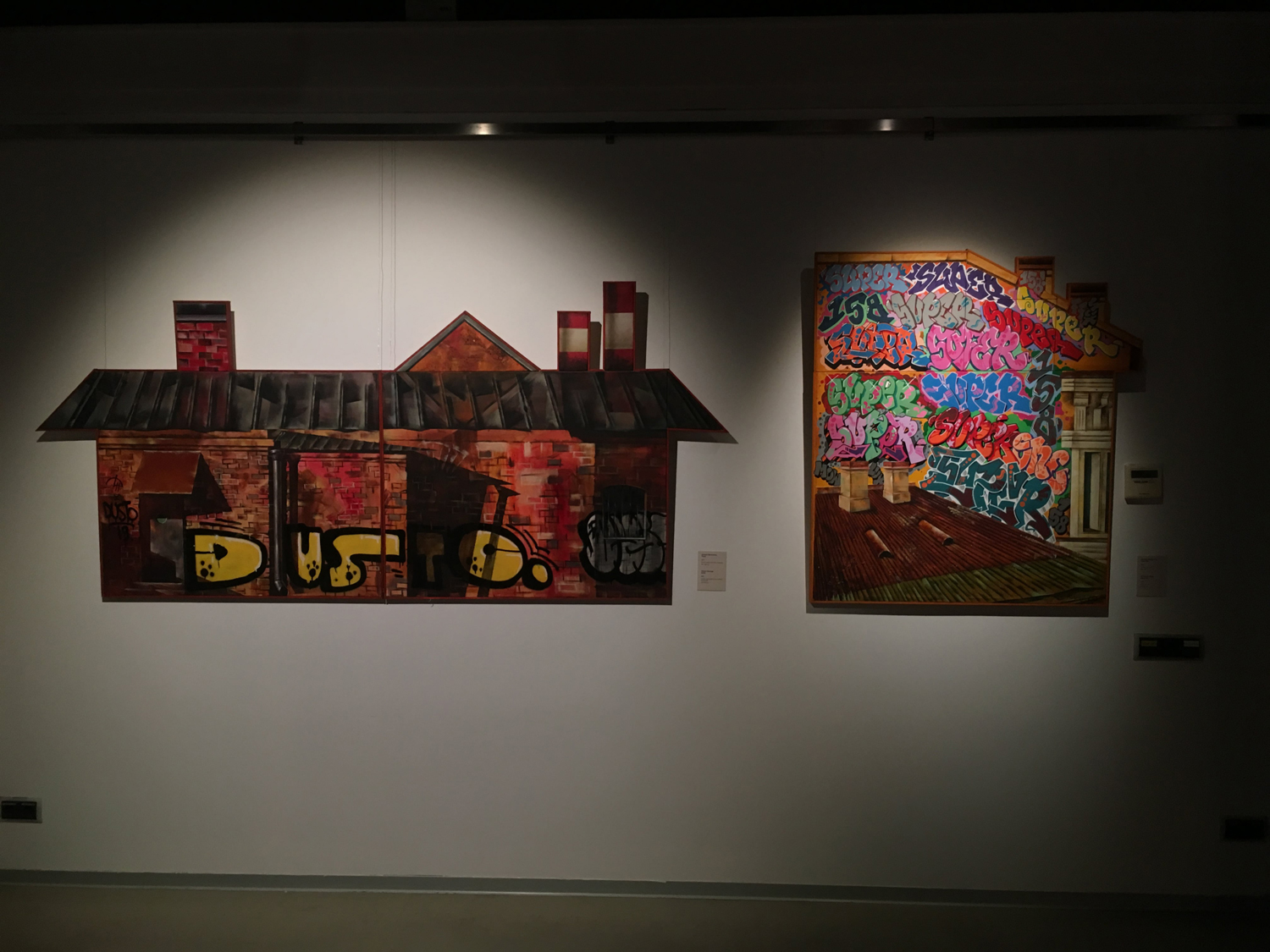 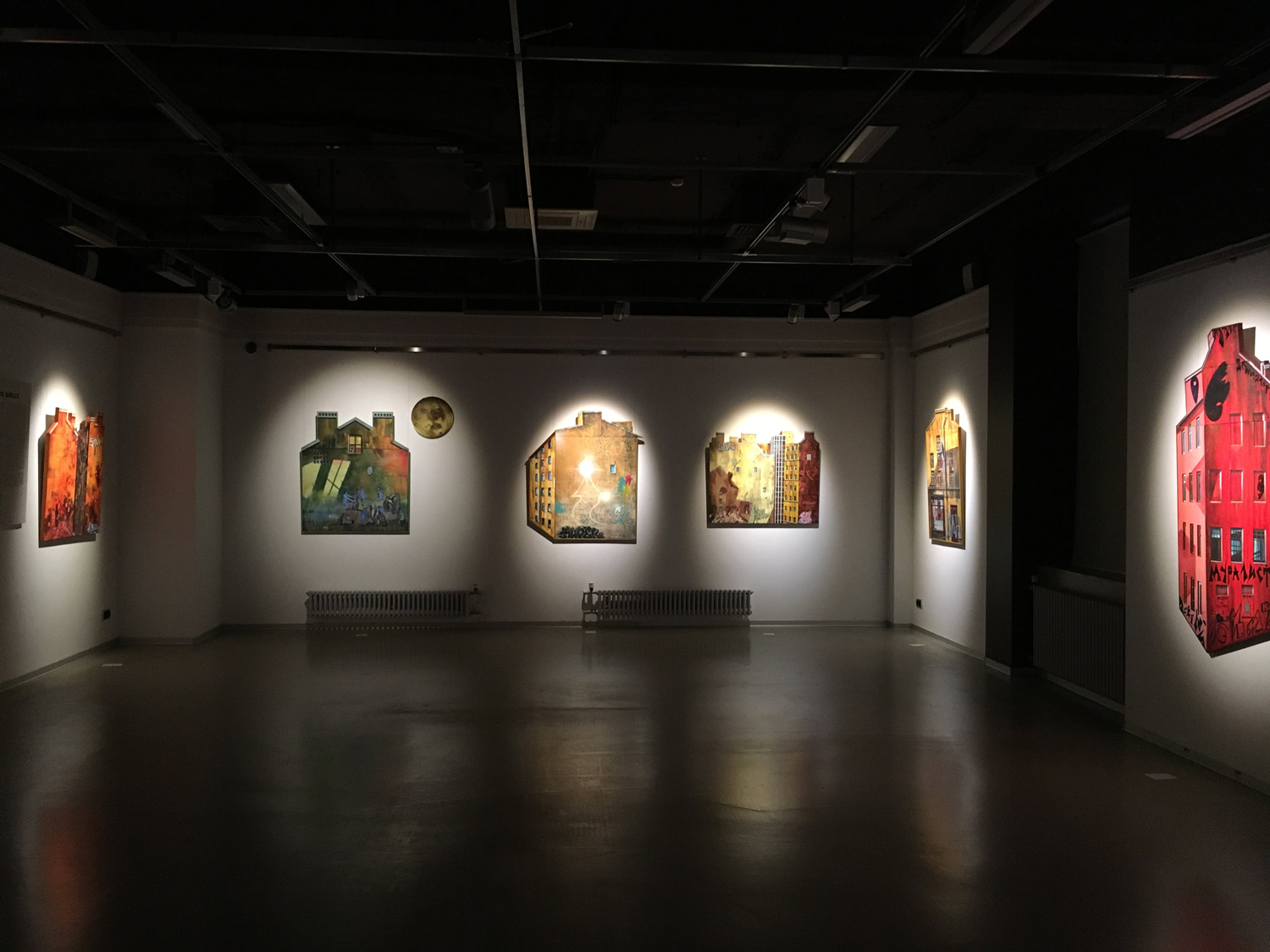 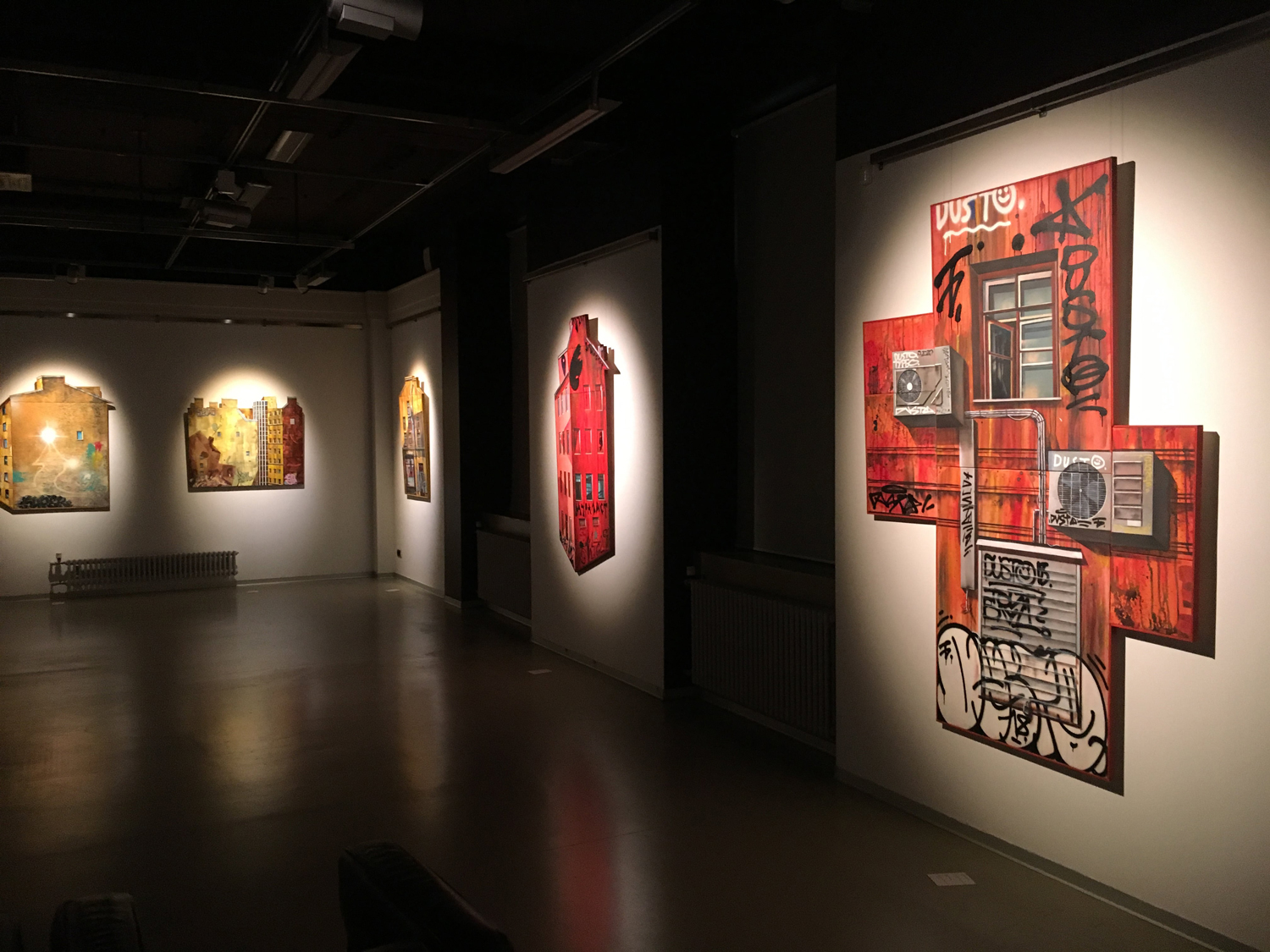 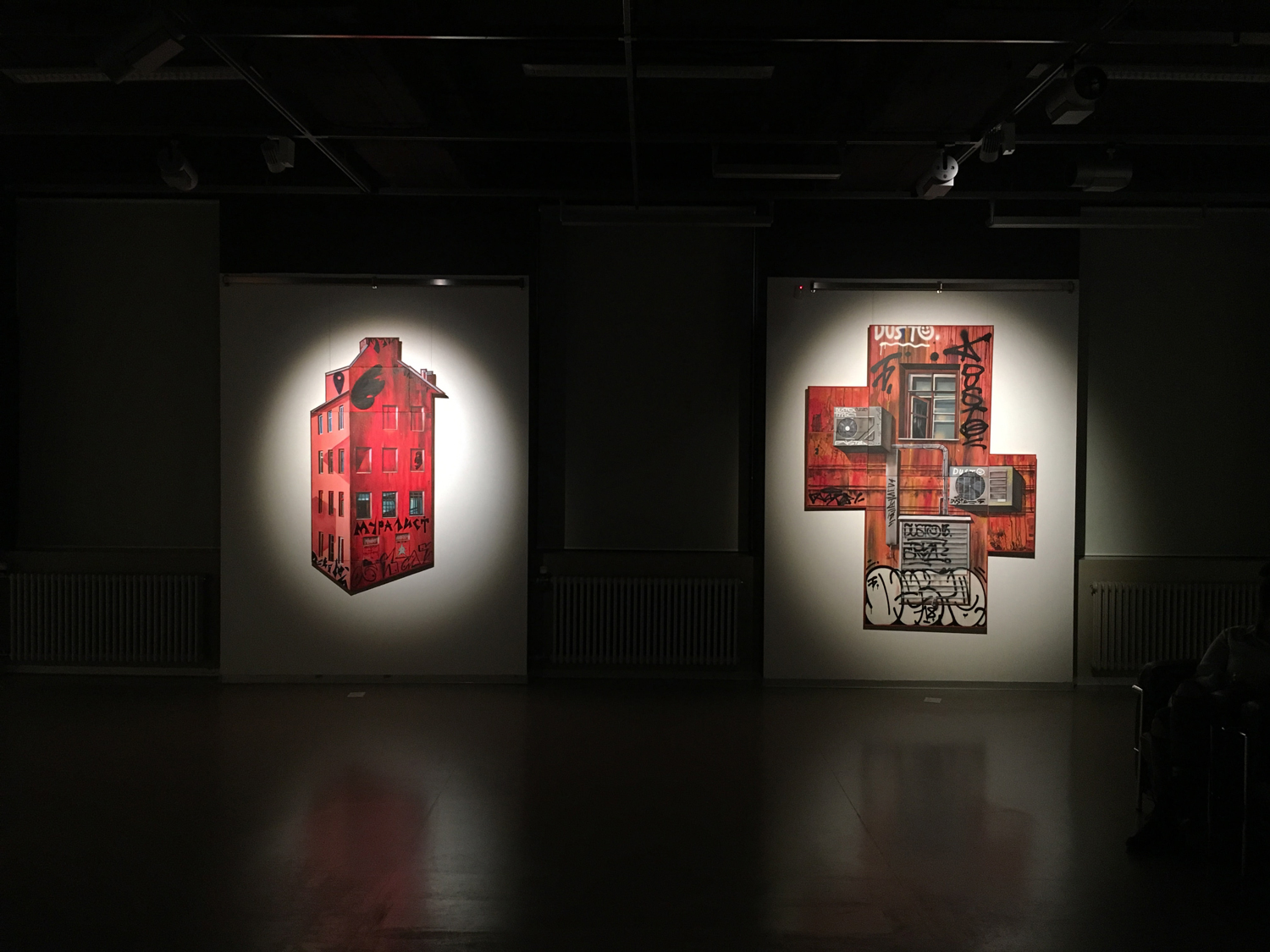 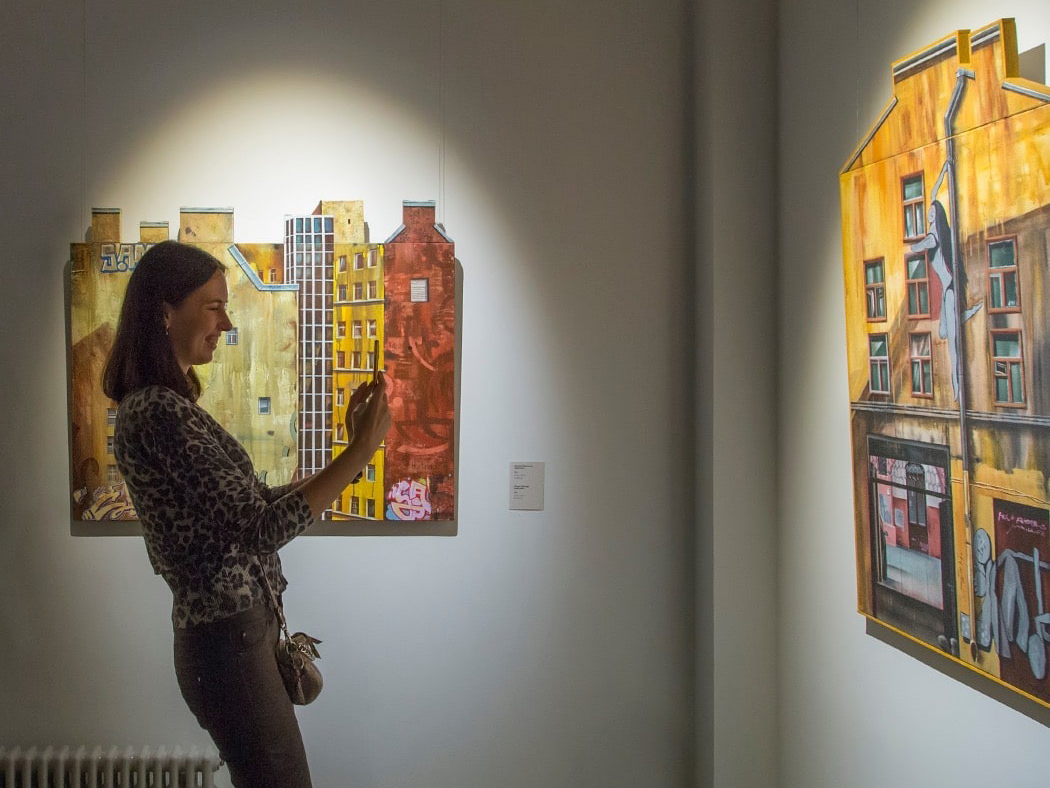 Year:
26.09 - 16.12.2019
Place:
Erarta Museum of contemporary art, St-Petersburg, Russia
WEB:
https://www.erarta.com
Artists:
Dinara Hörtnagl, Stas Bags, Nikita Dusto, Oskolki, Nikolay Super, Maxim Ima, Vladimir Abikh, Martin Aroe, Sasha Sam, Turben.
The urge to create something new undermines every act of creativity, and for that purpose artists resort to different methods and experiments. The participants of this collaboration, a representative of the classical school Dinara Hörtnagl and Petersburg street-art artists Stas Bags, Maxim Ima, Oskolki, Super158, Nikita Dusto, Vladimir Abikh, Martin Aroe, Sasha Sam, Turben opted for the path of openness and interaction. They define the aim of the project as establishment of a dialogue between two types of visual art: classical, with its conservatism and rejection of everything new, and street art and graffiti, informal in their nature. The basis for the development of a new pictorial language was the city and its appearance, which are shown quite diversely in two cultural fields.

Dinara Hörtnagl became interested in urban landscape when she was studying at the Academy of Fine Arts. While depicting the facades that live their lives and reflect the inhabitants of the city the artist could not ignore the manifestations of street art and graffiti. These objects are constantly in motion: they are created, destroyed and redrawn once more. It is exactly this of the urban life that Dinara wanted to depict in the most authentic way. Hence she asked street art artists to make graffitis on her paintings and installations. Thus graffitis which don’t belong to the established forms of creativity and attract ordinary people with its originality become a part of a classic art work.

In this projects its participants went beyond the usual format. Their collaboration shows in practice how two styles, academic art with its own rules and laws and relatively young and constantly changing street art can enrich each other